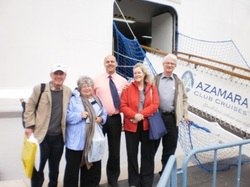 Who but Pepo Klaic tells You what you really need to know when traveling in Dubrovnik ,Croatia.Dubrovnik born travel expert had met thousands travelers all around the world
more than glad to share his knowledge with you dear guest.And at the end of the day you will know that you used your time well spent your money without regret and had some unforgettable adventures along the way.
All the best from Dubrovnik Croatia 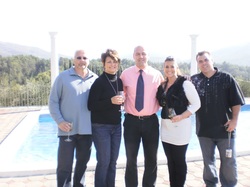 Disembark Your Cruise Ship meet your friendly tour guide to tell you history of Dubrovnik  to drive you in Dubrovnik area. Enjoy a full day to explore Dubrovnik surroundings Join us from your Cruise Ship on a day tours in Dubrovnik area or start from Dubrovnik to explore Bosnia Mostar town where East meets west famous old Bridge or Bay of Kotor in Montenegro  butted up against a steep clif,cradled by a calm sea naturally shelteredby its deep in  the fjord positionand watched over by an imposing network of  fortifications.
Dubrovnik historical center MAP DOWNLOAD

The Mediterranean cruise season is from May to October, although there are cruises all year. Cruise from great cities like Venice, Barcelona, Athens, Rome Dubrovnik  or many others. Mediterranean cruise passengers avoid the currently high cost of hotels.
Dubrovnik's museums
The Ethnographic Museum is located in an old granary dating to the 16th century,...
where it is possible to see just how much attention the residents of Dubrovnik gave to the storage of grain.The Dubrovnik Republic kept all the state reserves of wheat, barley and millet in deep silos called Rupe, carved out of stone and coated with a water-proof material that kept the grain at a temperature of 17?C.

The traditional rural economy and architecture of the Dubrovnik region is found on the First Floor. Folk costumes and textile handiwork can be seen on the 2nd Floor.


The Dubrovnik Synagogue is the worlds oldest active Sephardic synagogue...
and the second oldest synagogue in Europe. It was constructed in 1408 by the Jews who came to Dubrovnik from Spain, and severely damaged in the disastrous earthquake of 1667. The Synagogue houses ceremonial objects from the 16th - 18th centuries. A part of them was displayed at the New York exhibition in 1993.

The objects remained there for five years because the exhibitors wished to keep them, but were eventually returned to Dubrovnik by a court decision. During World War II, Torahs and valuable objects had been hidden in an unknown place and returned to the Synagogue afterwards. The street in which the Synagogue is located is called Žudioska (Jewish) Street. A door that once stood at the beginning of the street from Stradun formed the quarter reserved for Jews only.Individual Visits

* Location: Croatia. On the Adriatic sea-coast, south of Dalmatia
* Best time to Visit: Month of May is the best time to visit
* How to Reach:Dubrovnik has an international airport, located approximately 20 kilometers from Dubrovnik city center near Cilipi as well as ferry terminal so it will be reached by air from vast range of European cities as well as by various ferries from Croatian cities, towns and islands as well as from Italy. Buses connect the airport with the Dubrovnik bus station. In addition, a well-developed network of local buses connects all Dubrovnik neighborhoods. The bus station is located in Kantafig, northern part of the city.
* Nearest Railway station: Split Train Station
* Nearest international airport: Dubrovnik International Airport

If you are romantic, the must see Dubrovnik sites are unquestionably best for you to plan a vacation trip. The city - also known as “Pearl of the Adriatic” - is one of the most popular tourist resorts of the Mediterranean and the heart of the Dubrovnik-Neretva County. It is a place where the old mingle seamlessly with the new, making it a great attraction for tourists of all ages and inclinations. What is most impressive is the unprecedented enthusiasm of the government to restore the historic testimonies of the city with assistance from UNESCO. Beautifully situated along the coasts of the Adriatic sea, this walled -city, once under the Austrian rule and a part of Yugoslavia, today displays immense glamor and heritage – all must see places in Dubrovnik. The ethnic touch with major influences of Renaissance and Baroque art, make Dubrovnik further attractive for all. And the unique diversity of tourist spots right from the stunning mountainous terrains, the picturesque island Lokrum to the traditional Old City of Dubrovnik, the city has become a major hub for tourists to explore history, nature or just relax or lounge around the beaches.

There is no city as beautiful and as glorious throughout its whole history like Dubrovnik. Some of the must see Dubrovnik sites, which you should not miss on a visit here include:

* Big Onofrio's Fountain: For the history gigs there some interesting spots you can always put in your travel itinerary. The magnificent artistry of the Big Onofrio's Fountain is worth a visit for the unique engineering it displays. Constructed in the early 1400's, you'll be spellbound to see this16-sided water fountain near the Pile Gate, for its huge stature and the unusual architectural mastery.
* Cafe Buza: Cafe Buza is famous for simple drinks and majestic views. After your visit to this café, you will not able to resist yourself from the freedom to jump into the blue sea and the Buza beach, right below the bar.
* Franciscan Monastery: The Franciscan Monastery is a must see place in Dubrovnik, for those fond of great architecture, as this courtyard and surrounding buildings are judged as a magnum opus of Dubrovnik architecture.
* Pile Gate: Featuring a stone bridge with two Gothic arches, the Pile Gate is the north gate into the city. Give a shot.
* Rector's Palace: Right off Luza Square stands the Rector's Palace, the seat of the Ragusan Government where the Rector lived and worked. The original palace was formed after the Roman Imperial Palace and later remodeled in a late-Gothic style.
* Church of St. Blaise and the Cathedral: The Church of St. Blaise is worth visiting for its religious artifacts in a small room behind the altar. The Church looks spectacular at night.
* Troubadour Jazz Cafe: Troubadour Jazz Café, one of the most famous places to see in Dubrovnik, often organizes live jazz performance and you may hear them from blocks around. It is a perfect venue to get a cup of coffee or a glass of wine in the evening.
* Old City Dubrovnik: The appeal of the city of Dubrovnik lies in its old town of Stari Grad, with its marble-paved squares, cobbled streets, tall houses, ancient churches, beautiful palaces, charming fountains and magnificent museums, and its beautiful coastline.

Dubrovnik Riviera beaches are undoubtedly some of the must see Dubrovnik tourist spots for its warm, pure crystal clear sea. Apart from the beaches, Dubrovnik is well-known for its recreation and sport places, mostly for its charming nature resorts and tourism options as if made for your enjoyment and entertainment. Hiking, climbing, diving along with several water sports are the most popular activities and are enjoyed by travelers.
Dining and entertainment

The arrival of tourists has added a lot of variety to the menus of Dubrovnik eateries and you have an increasingly wide selection of cuisine from Mexican to fusion in Dubrovnik. Traditional Dubrovnik cuisine includes fish and seafood. The nightlife in Dubrovnik is dynamic and there are numerous bars and cafes scattered around the old town.

As George Bernard Shaw once quoted, “If you want to see heaven on earth, come to Dubrovnik”. So here's your chance - to plunge into the bewildering history of Croatia, take a walk along the beaches, and cherish everything that nature offers you.
List of must see Dubrovnik sightseeings: